This page can be viewed at http://www.historycommons.org/entity.jsp?entity=ahamad_mustafa

Ahamad Mustafa was a participant or observer in the following events: 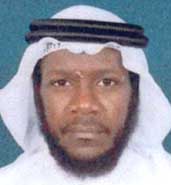 Mustafa Ahmed Alhawsawi. [Source: FBI]In 2000, the 9/11 hijackers receive money from a man using “Mustafa Ahmed al-Hisawi” and other aliases. On September 8-11, 2001, the hijackers send money to a man in the United Arab Emirates who uses the aliases “Mustafa Ahmed,” “Mustafa Ahmad,” and “Ahamad Mustafa.” Soon the media begins reporting on who this 9/11 “paymaster” is, but his reported names and identities will continually change. The media has sometimes made the obvious connection that the paymaster is Saeed Sheikh—a British financial expert who studied at the London School of Economics, undisputedly sent hijacker Mohamed Atta money the month before the attacks, made frequent trips to Dubai (where the money is sent), and is known to have trained the hijackers. However, the FBI consistently deflects attention to other possible explanations, with a highly confusing series of names vaguely similar to Mustafa Ahmed or Saeed Sheikh:

October 1, 2001: The Guardian reports that the real name of “Mustafa Mohamed Ahmad” is “Sheikh Saeed.” (Whitaker 10/1/2001) A few days later, CNN confirms from a “senior-level US government source” that this “Sheik Syed” is the British man Ahmed Omar Saeed Sheikh rescued from an Indian prison in 1999. (CNN 10/6/2001; Ressa 10/8/2001) However, starting on October 8, the story that ISI Director Lt. Gen. Mahmood Ahmed ordered Saeed to give Mohamed Atta $100,000 begins to break. References to the 9/11 paymaster being the British Saeed Sheikh (and the connections to the ISI Director) suddenly disappear from the Western media (with one exception (CNN 10/28/2001) ).

September 4, 2002: Newsweek says “Mustafa Ahmad Adin al-Husawi,” presumably Saudi, is a deputy to the Egyptian “Sayyid Shaikh Al-Sharif.” However, it adds he “remains almost a total mystery,” and they are unsure of his name. (Hosenball 9/4/2002)

December 26, 2002: US officials now say there is no such person as Shaikh Saiid al-Sharif. Instead, he is probably a composite of three different people: “[Mustafa Ahmed] Al-Hisawi, Shaikh Saiid al-Masri, al-Qaeda’s finance chief, and Saad al-Sharif, bin Laden’s brother-in-law and a midlevel al-Qaeda financier.” (Associated Press 12/27/2002) Shaikh Saiid al-Masri is likely a reference the Kenyan Sheik Sayyid el Masry. Note that, now, al-Hisawi is the assistant to Shaikh Saiid, a flip from a few months before. Saiid and/or al-Hisawi still haven’t been added to the FBI’s official most wanted lists. (McGrory 12/1/2001; Federal Bureau of Investigation 2002; Miniter 6/17/2002) Despite the confusion, the FBI isn’t even seeking information about them. (Federal Bureau of Investigation 2/14/2002) Mustafa Ahmed al-Hawsawi is said to be arrested with Khalid Shaikh Mohammed in Pakistan in 2003, but no photos of him are released, and witnesses of the supposed arrest did not see al-Hawsawi or Mohammed there (see February 29 or March 1, 2003). (Zakaria 3/3/2003) A few weeks later, it will be reported that “the man US intelligence officials suspected of being al-Qaeda’s financial mastermind, Sheik Said al-Masri, remains at large.” (McNamee, Woellert, and Matlack 3/17/2003)