This page can be viewed at http://www.historycommons.org/entity.jsp?entity=airman_flight_school_

Airman Flight School was a participant or observer in the following events: 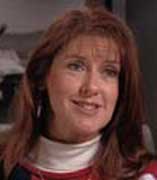 Brenda Keene. [Source: Canadian Broadcasting Corporation]9/11 hijackers Mohamed Atta and Marwan Alshehhi, who are looking for a flight school to attend, visit the Airman Flight School in Norman, Oklahoma, to evaluate its training program. Atta had e-mailed the school in April 2000, requesting information. On June 4, 2000, the day after he arrived in the US, he’d received a prepaid cellular telephone from Voicestream Wireless, which he’d purchased actually listing Airman Flight School as his address. The pair stay the night of July 2 at the school’s dormitory in the nearby Sooner Inn, as is shown by documents, including the hotel’s guest list. The next day they take a tour of the school, reportedly lasting “maybe an hour,” before deciding not to attend. (Cullen and Ranalli 9/18/2001; Fainaru and Whoriskey 9/19/2001; US Congress 9/26/2002; McKenna 3/16/2004; US District Court for the Eastern District of Virginia, Alexandria Division 3/7/2006; US District Court for the Eastern District of Virginia, Alexandria Division 3/7/2006) Several months later, al-Qaeda conspirator Zacarias Moussaoui will attend Airman, and other Islamic extremists have previously attended the school (see February 23-June 2001). Shohaib Nazir Kassam, a student at the time of Atta and Alshehhi’s visit, will recall bumping into them when they are being given their tour. Kassam subsequently becomes a flight instructor and is Zacarias Moussaoui’s primary instructor at Airman. (US District Court for the Eastern District of Virginia, Alexandria Division 3/7/2006) Brenda Keene, Airman’s admissions director who gives Atta and Alshehhi their tour, says during the 2006 Moussaoui trial that she does not recall doing so. But, she adds, “After 9/11 and [Atta’s] picture was everywhere, he’s got a very distinctive face, and then I do remember seeing him at the school. I don’t recall anything in specific about… the tour, but just remembered his face.” (US District Court for the Eastern District of Virginia, Alexandria Division 3/8/2006) Atta and Alshehhi subsequently start lessons at Huffman Aviation in Venice, Florida (see July 1-3, 2000). In August 2001, they will allegedly be witnessed at an Oklahoma City hotel together with Zacarias Moussaoui (see August 1, 2001).

Airman Flight School. [Source: FBI]Al-Qaeda operative Zacarias Moussaoui flies to the US. Three days later, he starts flight training at the Airman Flight School in Norman, Oklahoma. (Other Islamic extremists had previously trained at the same flight school or other schools in the area (see September 1999)). He trains there until May, but does not do well and drops out before getting a pilot’s license. His visa expires on May 22, but he does not attempt to renew it or get another one. He stays in Norman, arranging to change flight schools, and frequently exercising in a gym. (MSNBC 12/11/2001; US Congress 10/17/2002) According to US investigators, would-be hijacker Ramzi Bin al-Shibh later says he meets Moussaoui in Karachi, Pakistan, in June 2001 (see June 2001). (Schmidt 11/20/2002)

David Edger. [Source: Public domain]David Edger, a high-ranking CIA officer who was previously station chief in Berlin, Germany (see May 1997), joins the political science department of the University of Oklahoma at Norman as a visiting scholar.
Appointment Arranged by CIA Director's Mentor - An announcement says that the appointment was arranged by the university’s president David Boren: “David Edger has joined us as a CIA officer in residence. Mr. Edger most recently was stationed at the US Embassy in Berlin as minister-counselor for coordination, where he directed both military and civilian US intelligence programs in Germany. During the two-year assignment, Mr. Edger will teach courses related to the US intelligence community and foreign policy. President David Boren arranged for his participation at OU.” ((editor) 9/2001) David Boren is a former Democratic senator who headed the Senate’s intelligence committee for many years. There, Boren acted as mentor to CIA Director George Tenet, who was a Senate staffer before joining the CIA. They have maintained a close relationship: Boren and Tenet were having breakfast together in Washington on the morning of 9/11 (see (Before 8:46 a.m.) September 11, 2001 and (8:50 a.m.) September 11, 2001).
Involved in Surveillance of Hamburg Cell - Edger’s appointment may have been connected to his previous duties in Germany, where, during the years 1997-2001, he directed CIA surveillance and infiltration attempts against the Hamburg cell of 9/11 hijackers. A 2002 article in a local newspaper makes clear that Edger, or possibly other intelligence officers, had some inside but incomplete foreknowledge of al-Qaeda’s plans: “Up until his appointment with OU six months ago, Edger’s work with the CIA focused on terrorist groups in Germany. One of the three cells he was tracking included some of the people responsible for the Sept. 11 attacks on the World Trade Center. He said although officers knew members of the cell and some of what they were doing, they had no idea that they would meet in London and go to different parts of the US, where they would learn to fly planes to crash into the World Trade Center. ‘In that case, we failed,’ Edger said.” (See February 12, 2002.) (Watson 2/12/2002)
Several 9/11 Links to Oklahoma - Numerous 9/11 figures have connections to Oklahoma, and specifically to OU’s campus in Norman, including Zacarias Moussaoui (see Between February 23, 2001 and June 2001, February 23-June 2001, and July 29, 2001-August 3, 2001), his associate Hussein al-Attas (see August 10-11, 2001), Nick Berg (see Autumn 1999), and lead hijackers Mohamed Atta and Marwan Alshehhi who reportedly sought flight training at the nearby Airman Flight School (see July 2-3, 2000 and August 1, 2001).
Post-9/11 Comments - After 9/11, Edger will make numerous public statements supporting the war on terror and the Iraq War. The Tulsa World will report in October, 2001: “‘Americans are looking for simple assurances, hoping human intelligence can warn of the next attack,’ said Dr. David Edger, a specialist in espionage operations, paramilitary activities and counter-terrorism. ‘Getting that human intelligence is not simple. Great patience is required, and classic spy recruitment does not work in such hostile environments,’ said Edger, who served 39 years in the CIA. ‘The war will last many years, and we will never be sure when it ends,’ Edger predicted.” (Nelson 10/12/2001; Overall 11/9/2001; Gillham 3/25/2002; Norman Transcript (Oklahoma) 10/11/2006)

Two agents from the Oklahoma City FBI office visit Airman Flight School in Norman, Oklahoma, to learn about Zacarias Moussaoui’s training there earlier in the year. One of these agents had visited the same school in September 1999 to learn more about Ihab Ali Nawawi, an al-Qaeda agent who trained there in 1993. Apparently, this agent forgets the connection when he visits the school to look into Moussaoui. He later admits he should have connected the two cases. (Cullen and Ranalli 9/18/2001; US Congress 7/24/2003, pp. 322) The staff director of the 9/11 Congressional Inquiry later states, “No one will ever know whether a greater focus on the connection between these events would have led to the unraveling of the September 11 plot.” (Smith 9/25/2002) The Oklahoma City office also does not connect Moussaoui to a memo that had come from its office in May 1998 warning that “large numbers of Middle Eastern males” were receiving flight training in Oklahoma and could be planning terrorist attacks (see May 15, 1998). Furthermore, Moussaoui’s Oklahoma roommate Hussein al-Attas is also under suspicion at this time (see August 16, 2001). One of the people who attempted to post bond for al-Attas, William Webb, had previously been the subject of an extensive investigation by the same Oklahoma City FBI office. Webb is a member of the extremist group the Muslim Brotherhood and is also Vice President of Overseas Operations and Recruiting for the Palestinian group Fatah. Further, Webb is connected to Anwar al-Awlaki, an imam who has frequent ties with some of the 9/11 hijackers and is suspected of involvement in the 9/11 plot (see March 2001 and After). Al-Awlaki was the subject of an FBI counterterrorism inquiry the year before (see June 1999-March 2000). These connections are also not noticed. (US Congress 7/24/2003, pp. 322; US Department of Justice 11/2004, pp. 134-5

; US District Court for the Eastern District of Virginia, Alexandria Division 7/31/2006