This page can be viewed at http://www.historycommons.org/entity.jsp?entity=alexander_lamis_1

Alexander Lamis was a participant or observer in the following events: 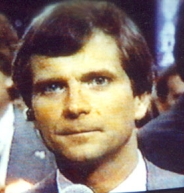 Lee Atwater. [Source: NNDB (.com)]Republican political strategist Lee Atwater, in a discussion with political science professor Alexander Lamis, discusses the Republican strategy of using racism to win elections. Lamis will later quote Atwater in his book Southern Politics in the 1990s. Atwater takes Lamis through the evolution of Republican appeals to racism: “You start out in 1954 by saying, ‘N_gger, n_gger, n_gger.’ By 1968 you can’t say ‘n_gger’—that hurts you. Backfires. So you say stuff like forced busing, states’ rights, and all that stuff. You’re getting so abstract now [that] you’re talking about cutting taxes, and all these things you’re talking about are totally economic things and a byproduct of them is [that] blacks get hurt worse than whites. And subconsciously maybe that is part of it. I’m not saying that. But I’m saying that if it is getting that abstract, and that coded, that we are doing away with the racial problem one way or the other. You follow me—because obviously sitting around saying, ‘We want to cut this,’ is much more abstract than even the busing thing, and a hell of a lot more abstract than ‘N_gger, n_gger.’” Atwater will go on to manage the 1988 presidential campaign of George H. W. Bush, where he will oversee the use of what is considered one of the most overtly racist campaign ads in modern history, the “Willie Horton” ad (see September 21 - October 4, 1988). (Herbert 10/6/2005)