This page can be viewed at http://www.historycommons.org/entity.jsp?entity=bogdan_dzakovic_1

Bogdan Dzakovic was a participant or observer in the following events: 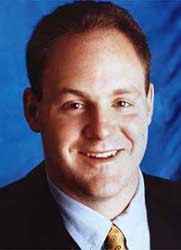 Daniel Lewin. [Source: Akamai Technologies]An FAA memo written on the evening of 9/11, and later leaked, will suggest that a man on Flight 11 is shot and killed by a gun before the plane crashes into the World Trade Center. The “Executive Summary,” based on information relayed by a flight attendant to the American Airlines Operation Center, states “that a passenger located in seat 10B [Satam Al Suqami] shot and killed a passenger in seat 9B [Daniel Lewin] at 9:20 a.m.” (Note that since Flight 11 crashes at 8:46, the time must be a typographical error, probably meaning 8:20). A report in Israeli newspaper Ha’aretz on September 17 will identify Lewin as a former member of the Israel Defense Force Sayeret Matkal, Israel’s most successful Special Operations unit. (United Press International 3/6/2002) Sayeret Matkal is a deep penetration unit that has been involved in assassinations, the theft of foreign signals intelligence materials, and the theft and destruction of foreign nuclear weaponry. It is best known for the 1976 rescue of 106 passengers at Entebbe Airport in Uganda. (Hersh 10/29/2001) Lewin founded Akamai, a successful computer company, and his connections to Sayeret Matkal will remain hidden until the gun story becomes known. (Schofield 9/15/2001) FAA and American Airline officials will later deny the gun story and suggest that Lewin is probably stabbed to death instead. (Eggen 3/2/2002; United Press International 3/6/2002) Officials assert that the leaked document was a “first draft,” and subsequently corrected, but decline to release the final draft, calling it “protected information.” However, an FAA official present when the memo is drafted will dispute the FAA’s claim, asserting that “[t]he document was reviewed for accuracy by a number of people in the room, including myself and a couple of managers of the operations center.” (Sperry 3/7/2002) This unnamed official is probably Bogdan Dzakovic, a leader of the FAA’s “red team” conducting covert security inspections. He will later tell the 9/11 Commission: “There are serious indications that the FAA deceived the public about what happened on 9/11. On the afternoon of September 11, 2001, I was working in one of the FAA operations centers collecting information on details of what happened during the hijacking. We received information that a firearm was used on one of the hijacked aircraft.… That evening the administrator of FAA requested an executive summary covering the day’s activities, and this information about a gun was included in the summary. Days later, without any explanation or questioning of the summary’s author, the administrator publicly announced that no guns had been used in the hijacking. Several months passed when the press re-surfaced this issue. FAA’s initial response was that no so such executive summary existed. Later, when confronted with the document, FAA admitted the executive summary existed, but denied its accuracy. Sometime later I learned that another operations center also received a report that a firearm was used.… There were also reports of a possible explosive threatened on a flight.” (CBS News 2/25/2002; 9/11 Commission 5/22/2003; Ridgeway 2/8/2005)