This page can be viewed at http://www.historycommons.org/entity.jsp?entity=brad_knickerbocker_1

Brad Knickerbocker was a participant or observer in the following events:

November 9-11, 2010 and After: Fox News Host Makes Anti-Semitic Condemnation of Jewish Billionaire, Accuses Him of Collaboration with Nazis 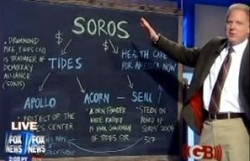