This page can be viewed at http://www.historycommons.org/entity.jsp?entity=firedoglake_1

FireDogLake was a participant or observer in the following events:

Former ambassador Joseph Wilson, whose wife Valerie Plame Wilson was exposed as a CIA agent by columnist Robert Novak (see July 14, 2003), writes an e-mail to Christy Hardin Smith, a former prosecutor who writes for the progressive blog FireDogLake. Referring to Novak’s recent column (see July 12, 2006) and its falsehoods and misrepresentations (see July 12, 2006), Wilson writes: “Robert Novak, some other commentators, and the administration continue to try to completely distort the role that Valerie Wilson played with respect to Ambassador Wilson’s trip to Niger. The facts are beyond dispute. The Office of the Vice President requested that the CIA investigate reports of alleged uranium purchases by Iraq from Niger (see (February 13, 2002)). The CIA set up a meeting to respond to the vice president’s inquiry (see Shortly after February 13, 2002). Another CIA official, not Valerie Wilson, suggested to Valerie Wilson’s supervisor that the ambassador attend that meeting (see February 19, 2002). That other CIA official made the recommendation because that official was familiar with the ambassador’s vast experience in Niger and knew of a previous trip to Africa concerning uranium matters that had been undertaken by the ambassador on behalf of the CIA in 1999 (see Fall 1999). Valerie Wilson’s supervisor subsequently asked her to relay a request from him to the ambassador that he would like the ambassador to attend the meeting at the CIA. Valerie Wilson did not participate in the meeting” (see February 13, 2002). (Christy Hardin Smith 7/13/2006) 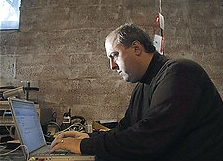 MBA president Robert Cox. [Source: Washington Post]The US District Court for the District of Columbia awards two seats for bloggers among the journalists who will cover the Lewis Libby trial (see January 16-23, 2007). It is the first time bloggers have been granted this level of access to such a high-profile government court case. The two seats are among the 100 set aside for the media in the courtroom; well over 100 media personnel are expected to descend on the court before the trial starts; the court has set up an “overflow room” for the reporters, cameramen, and other personnel who are not able to get into the courtroom proper. The Media Bloggers Association (MBA) won the right to allow two of its members into the court, and the two seats will rotate among selected members. MBA president Robert Cox says the trial, and the involvement of bloggers covering it, could “catalyze” the association’s efforts to win respect and access for bloggers in federal and state courthouses. Thomas Kunkel of the University of Maryland School of Journalism says: “The Internet today is like the American West in the 1880s. It’s wild, it’s crazy, and everybody’s got a gun. There are no rules yet.” Cox hopes that the bloggers’ participation in the trial coverage may act to codify and legitimize bloggers’ news coverage. Sheldon Snook, an administrative assistant to Judge Thomas Hogan (see August 9, 2004 and October 7, 2004), says, “Bloggers can bring a depth of reporting that some traditional media organizations aren’t able to achieve because of space and time limitations.” Snook also notes that some bloggers bring a welcome expertise in legal or government matters to their reporting. Cox says the bloggers who the MBA will allow into the courtroom will be diverse in nature, with differing political outlooks and from different parts of the nation. “The history of where blogging is going to go is not defined. It could go in a very positive direction or it could go in a very negative direction,” Cox says. “We have to do more than just sit on our hands and see what happens.” (Sipress 1/11/2007) The liberal political blog FireDogLake (FDL) is also sending a team of bloggers to cover the trial, separately from MBA. Author Marcy Wheeler, who has covered the Libby investigation for FDL and an affiliated blog, The Next Hurrah, will be part of the FDL team, as will former prosecutor Christy Hardin Smith. The FDL bloggers intend to sublet an apartment in Washington, where they will live and work as roommates during the legal proceedings. One FDL member will cover the trial from inside the courtroom, while others will work in the overflow room or via the Internet from the apartment. (Christy Hardin Smith 1/3/2007; Jeralyn Merritt 1/11/2007) 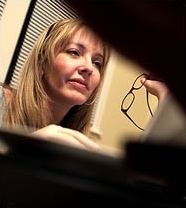