This page can be viewed at http://www.historycommons.org/entity.jsp?entity=ida_maxine_wells_1

Ida Maxine Wells was a participant or observer in the following events: 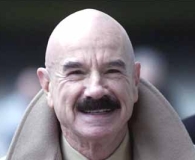 G. Gordon Liddy discussing the lawsuit from Ida Maxine Wells. [Source: Associated Press]Former Democratic National Committee (DNC) secretary Ida Maxine Wells, whose DNC office was burglarized as part of the Watergate conspiracy (see 2:30 a.m.June 17, 1972), sues convicted Watergate burglar G. Gordon Liddy for defamation of character. “It’s definitely deja vu,” says Wells, who is now the dean of liberal arts at a Louisiana community college. Wells is suing Liddy, now a conservative talk radio host, over comments he made in speeches in 1996 and 1997. Liddy told his audiences that Watergate was really about a ring of prostitutes being run out of the Watergate offices of the DNC. (Liddy was behind a widely discredited 1991 book, Silent Coup, that made similar charges—see May 6, 1991.) Liddy said that Wells kept pictures of a dozen scantily-clad prostitutes in her desk drawer, presumably to display to potential clients. Wells has filed the suit before; a judge threw it out, but an appeals court reinstated it. The first time the suit went to trial, it resulted in a hung jury. A circuit court has allowed Wells to refile the case. Liddy’s lawyers are using a First Amendment freedom of speech defense. If Wells wins, Liddy says, “people will not be able to talk about this theory anymore. And it’s a theory that makes sense to a lot of people.” No one should be prevented from “speaking out about history, particularly when he’s repeating the published literature.” Liddy’s attorneys are advancing Liddy’s claim that the burglary was an attempt to “get sexual dirt to use against the Democrats.” One piece of evidence they show jurors is a documentary about Watergate that originally aired on the A&E network that claims no motive for the burglary has ever been confirmed. The documentary includes an interview with one of the Washington, DC police officers who arrested Liddy, Carl Shoffler, who says in the interview that he found a key to Wells’s desk in the pocket of one of the burglars. “We wouldn’t be sitting around again with all the puzzling and all the mysteries had we taken the time to find out what that key was about,” Shoffler said. Shoffler has since died. (Associated Press 1/1/2001; Johnson 6/25/2002)