This page can be viewed at http://www.historycommons.org/entity.jsp?entity=imad_hage_1

Imad Hage was a participant or observer in the following events: 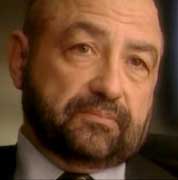 Michael Maloof. [Source: PBS]In February, Hassan al-Obeidi, chief of foreign operations of the Iraqi Intelligence Service, pays a visit to Imad Hage, a Lebanese-American businessman living in Beruit who has contacts in the Pentagon. Obeidi requests his help in relaying a backchannel offer to Washington in an attempt to avert war. Hage later tells the New York Times that Obeidi told him: “If this is about oil, we will talk about US oil concessions. If it is about the peace process, then we can talk. If this is about weapons of mass destruction, let the Americans send over their people. There are no weapons of mass destruction. Americans could send 2,000 FBI agents to look wherever they wanted,” At one point, Obeidi says that Iraq would even agree to hold elections within the next two years. Hage relays everything to Pentagon staffer Michael Maloof in Washington. (Risen 11/6/2003) Hage then travels to Baghdad and meets with Iraq’s chief of intelligence Tahir Jalil Habbush Al-Tikriti. Hage later recalls: “[The Iraqis] would be willing to allow between 1,000 to 2,000 US agents, FBI and/or scientists, into Iraq to verify, according to them, the absence of weapons of mass destruction or that they no longer had weapons of mass destruction. The second point, they offered to turn over Abdul Rahman Yasin, [under indictment in] the World Trade Center bombing in 1993. And on the third issue, they offered to hold free and fair elections in Iraq within a year or two. They kept on asking why they were targeted or they would be targeted, that they didn’t wish confrontation with the United States. If it was about oil, they’d be willing to make concessions on oil.” (Risen 11/6/2003; CNN 11/7/2003) On February 19, Hage faxes a three-page report to Maloof listing five concessions the Iraqis were willing to make: cooperation in the war on terrorism, “full support for any US plan” in the Arab-Israeli peace process, giving “the US… first priority as it relates to Iraq oil, mining rights,” support for United States strategic interests in the region, and “direct US involvement on the ground in disarming Iraq.” Details of the Iraqi offer are sent to several top Pentagon officials. (Risen 11/6/2003) In early March, Hage and Richard Perle meet in London. Hage informs him that the Iraqis would like to arrange a secret meeting with him to discuss their offer. According to Perle, he then contacts the CIA seeking permission to meet with the Iraqis. But according to Perle, the CIA isn’t interested. “The message was, ‘Tell them that we will see them in Baghdad.’” The agency also tells Perle that they had already pursued other backchannel leads with the Iraqi regime. According to one senior US intelligence official, the other leads “came via a broad range of foreign intelligence services, other governments, third parties, charlatans, and independent actors. Every lead that was at all plausible, and some that weren’t, were followed up.” (Risen 11/6/2003; Risen 2006, pp. 183-184) In spite of the CIA’s refusal to engage in talks with the Iraqis, Hage continues to forward offers by the Iraqis to Maloof. The US ignores them. (Risen 11/6/2003)