This page can be viewed at http://www.historycommons.org/entity.jsp?entity=jeffrey_scott_shapiro_1

Jeffrey Scott Shapiro was a participant or observer in the following events: 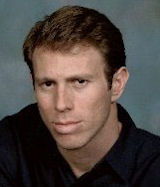 Jeffrey Scott Shapiro. [Source: University of Florida]Larry Silverstein, who recently took over the lease of the World Trade Center complex (see July 24, 2001), discusses possibly bringing down WTC Building 7 in a controlled demolition in a telephone conversation with his insurance carrier, according to a reporter who is at the WTC site this afternoon. (Shapiro 4/22/2010) WTC 7 is a 47-story office building located just north of the Twin Towers. The National Institute of Standards and Technology (NIST) will say it suffered some structural damage (see 10:28 a.m. September 11, 2001) when the North Tower collapsed (see 10:28 a.m. September 11, 2001) and it has fires on several floors (see (10:28 a.m.-5:20 p.m.) September 11, 2001). It will collapse at 5:20 p.m., apparently becoming the first tall building ever to come down primarily as a result of fire (see (5:20 p.m.) September 11, 2001). (National Institute of Standards and Technology 11/2008, pp. xxxv-xxxvi)
Silverstein Allegedly Wants WTC 7 Demolished - Investigative reporter Jeffrey Scott Shapiro, who is at the scene of the attacks in New York, will later recall: “Shortly before [WTC 7] collapsed, several NYPD officers and Con Edison workers told me that Larry Silverstein… was on the phone with his insurance carrier to see if they would authorize the controlled demolition of the building, since its foundation was already unstable and expected to fall. A controlled demolition would have minimized the damage caused by the building’s imminent collapse and potentially save lives.” Shapiro will add: “Many law enforcement personnel, firefighters, and other journalists were aware of this possible option. There was no secret.” (Shapiro 4/22/2010) Preparing a large building for demolition usually takes weeks, or even months. This time is spent on operations such as wrapping concrete columns to ensure pieces do not fly off. (Dang 2/26/1995; Loizeaux 12/1996; Ruggiero 2/24/2005)
Discussion of Demolition Later Denied - Silverstein will later recall discussing WTC 7 over the phone with the commander of the New York Fire Department, and telling him, “We’ve had such terrible loss of life, maybe the smartest thing to do is pull it” (see After 12:00 Noon September 11, 2001), but a spokesman will subsequently claim that Silverstein was referring to withdrawing firefighters from the building, not bringing WTC 7 down with explosives. (US Department of State 9/16/2005; BBC 7/4/2008) At the end of a three-year investigation into the building’s collapse, NIST will say WTC 7 “did not collapse from explosives,” but critics will dispute this conclusion (see August 21, 2008). (Barrett 8/21/2008; Lipton 8/21/2008)