This page can be viewed at http://www.historycommons.org/entity.jsp?entity=jim_hoft_1

Jim Hoft was a participant or observer in the following events: 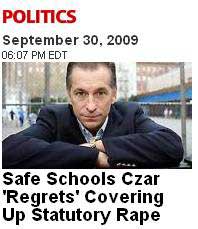 A September 30 headline on Fox News’s Web site Fox Nation, inaccurately claiming that an Obama official ‘covered up’ the crime of statutory rape. [Source: Media Matters]Conservative media outlets actively target Education Department official Kevin Jennings over charges that he once facilitated the molestation of a child. Jennings, who is openly gay, is said to have covered up the statutory rape of a male teenager by an older gay male. The charge has been disproven, but conservative media figures have painted Jennings as a “radical” gay activist and a proponent of child molestation with an “agenda” of “promoting homosexuality in schools.” (Media Matters 9/30/2009) In 2004, Jennings’s attorney disclosed evidence that the youth was in fact 16 at the time, which is the legal age of consent in the state; therefore, no crime was committed. (Media Matters 10/1/2009) The attack on Jennings, who runs the Education Department’s Office of Safe and Drug Free Schools and is one of the White House’s so-called “czars,” is led by Fox News commentators Sean Hannity and Glenn Beck and columnists at the Washington Times, who all claim that in 1988, Jennings, then a public school teacher, “covered up” the statutory rape of a 15-year-old gay teenager by an older gay man in Massachusetts. Both Fox News and the Times have failed to report the proof of Jennings’s innocence. Hannity and Beck have called on Jennings to be fired. (Washington Times 9/28/2009; Media Matters 10/1/2009) The claim is not limited to Fox News’s commentary shows. News anchor Bill Hemmer, who anchors part of what the network claims is its “non-partisan” news coverage (see October 11, 2009 and October 13, 2009), states as fact that Jennings knew of a “statutory rape” case involving a student but “never reported it.” Hemmer fails to report the evidence showing no such crime was committed. Another Fox News correspondent, Mike Emanuel, says on Hemmer’s broadcast, “And so a lot of people suggesting [sic] that should have thrown up all sorts of red flags for this teacher.” (Media Matters 10/1/2009) Influential conservative blogger Jim Hoft accuses Jennings of “hid[ing] pedophilia from authorities.” (Jim Hoft 9/30/2009) “Fox News’ allegations about Kevin Jennings covering up a statutory rape are wholly unsupported by the facts,” says Eric Burns, president of the progressive media watchdog organization Media Matters. “But Fox has already proven that facts don’t matter in its campaign against Jennings. Who needs facts when your reports are built on made-up charges and anti-gay bigotry?” (Media Matters 10/1/2009) 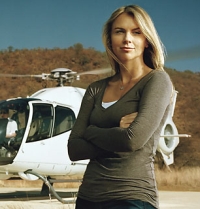