This page can be viewed at http://www.historycommons.org/entity.jsp?entity=kenneth_king_1

Kenneth King was a participant or observer in the following events: 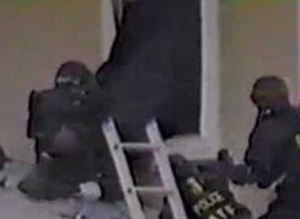 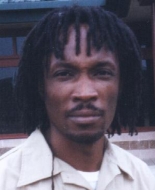 Livingstone Fagan. [Source: Carol Moore (.net)]Livingstone Fagan, one of the 11 Branch Davidians convicted of crimes related to the February 1993 shootout with federal agents near Waco (see 5:00 A.M. - 9:30 A.M. February 28, 1993), admits to firing at two of the four Bureau of Alcohol, Tobacco and Firearms (BATF) agents killed during the battle. He is the first Davidian to admit firing on BATF agents during the raid. Fagan says in a deposition that he fired at the two agents from the roof of the Davidian compound. The deposition is part of a wrongful death lawsuit brought by a number of Davidians against the federal government (see April 1995). In 1994, Fagan was convicted of manslaughter and a weapons charge, and given a 40-year prison sentence. He chose not to appeal his sentence based on what he says are religious reasons. He is serving his time at a federal prison in Pennsylvania. Fagan is a party to the lawsuit because his mother and wife died in the April 1993 assault on the compound (see April 19, 1993). During the trial, Fagan was identified by BATF agent Eric Evers, who was wounded in the February 1993 raid, as one of the Davidians who shot him. Fagan denies shooting at Evers, but says he did shoot at two other BATF agents. In a statement to attorney Marie Hagen, Fagan claimed he shot in self-defense, saying, “Your government murdered people who were very dear to me.” In the following exchange, which is part of Fagan’s deposition, he admits to shooting at the agents:

Hagen: “Did you shoot at them?”

Fagan: “And so I responded.”

Fagan: “I don’t know specifically, because I assume that there were others, too, that were firing then.”
Fagan says he watched one wounded BATF agent, Kenneth King, crawl from the rooftop, drop to the ground, and writhe in pain until he was rescued by fellow agents. A fellow Davidian who survived the April 1993 conflagration, David Thibodeau (see September 9, 1999), had written that Fagan “was kneeling in prayer in the chapel while the bullets were flying.” And Clive Doyle, a survivor who was acquitted in the same trial that convicted Fagan, has said he didn’t think Fagan fired during the raid. Fagan’s lawyer Kirk Lyons tries to downplay Fagan’s admission, saying: “This is a guy that’s been in solitary confinement for a long time, and he’s had nobody of his own mental abilities that he can talk to. He’s a little stir-crazy.” (Reavis 2/23/2000)