This page can be viewed at http://www.historycommons.org/entity.jsp?entity=larry_wayne_shoemake_1

Larry Wayne Shoemake was a participant or observer in the following events:

April 12, 1996 and After: White Supremacist Kills One, Wounds Eight in Mississippi Shooting Spree 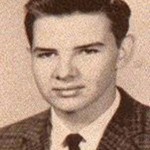