This page can be viewed at http://www.historycommons.org/entity.jsp?entity=mike_german_1

Mike German was a participant or observer in the following events: 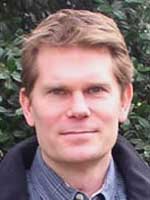 Mike German. [Source: Publicity photo]FBI agent Mike German is assigned to a counterterrorism case involving international militant groups. Apparently a domestic militia group in Tampa, Florida is considering allying with a major, unnamed militant Islamic organization. He becomes concerned that the investigation will fail due to “grave violations of FBI policy and possibly even grave violations of the law.” He complains to the Justice Department’s inspector general, claiming that FBI managers have falsified records, failed to properly handle evidence, falsely discredited witnesses, and failed to adhere to laws and regulations about electronic surveillance. German also sends his complaints directly to FBI Director Robert Mueller. But Mueller does not respond. Some time after German submits his complaints, he is removed from the case. “The phone just stopped ringing, and I became a persona non grata. Because I wouldn’t let this go away, I became the problem.… My entire career has been ruined, all because I thought I was doing the right thing here.” Frustrated with the bureau’s continuing mismanagement, he will retire from the FBI in 2004. (Lichtblau 8/2/2004; Strohm 1/26/2005) German will later be exonerated in a 2005 Justice Department report investigating his charges (see December 3, 2005).

FBI agent Mike German quits the FBI and becomes a whistleblower against the bureau. He claims that FBI superiors committed illegal acts to hinder his investigation into terrorism in Florida (see September 2002). He complains, “What’s so frustrating to me is that what I hear the FBI saying every day on TV when I get home, about how it’s remaking itself to fight terrorism, is not the reality of what I saw every day in the field.” He also says, “Opportunities to initiate proactive investigations that might prevent terrorist acts before they occur, which is purported to be the FBI’s number one priority, continue to be lost, yet no one is held accountable.” He cites “a continuing failure in the FBI’s counterterrorism program” which is “not the result of a lack of intelligence, but a lack of action.” (Lichtblau 8/2/2004)

A report by the Justice Department’s Office of the Inspector General is leaked to the New York Times. The report largely backs the allegations made by whistleblower ex-FBI agent Mike German (see September 2002 and August 2, 2004). It finds that FBI officials mishandled a terrorism investigation German was involved in, falsified documents in an effort to cover up agency mistakes, and retaliated against German. In one instance, someone altered dates on three FBI forms using correction fluid to conceal a violation of federal wiretap law. After German tried to complain directly to FBI Director Robert Mueller, other FBI agents distanced themselves from him. For instance, the head of the FBI undercover unit, Jorge Martinez, froze German out of teaching assignments and told another agent that German would “never work another undercover case.” (Lichtblau 12/3/2005) Notwithstanding, German is critical of the inspector general’s report. He says the authors of the report distorted some facts and failed to fully investigate whether the investigation he was working on was a genuine terrorist conspiracy. (Strohm 12/12/2005)

January 10, 2008: FBI Wiretaps Cut Off For Nonpayment of Bills

An internal FBI audit reveals that US telecommunications companies have repeatedly terminated FBI access to wiretaps of suspected terrorists and other criminal suspects because bureau officials failed to pay outstanding phone bills. The report, written by Justice Department Inspector General Glenn Fine, finds that over half of the nearly 1,000 telecommunications bills reviewed by investigators were not paid on time. One unidentified field office allowed a $66,000 invoice to go unpaid. In another instance, a wiretap conducted under a FISA warrant was terminated because of “untimely payment.” The report notes, “Late payments have resulted in telecommunications carriers actually disconnecting phone lines established to deliver surveillance results to the FBI, resulting in lost evidence.” (Eggen 1/11/2008) Some of the problems stem from telecoms billing multiple times for single surveillance warrants, which ratchets up the bills quickly. Cox Communications, for example, billed the FBI $1,500 for a single, 30-day wiretap order. Telecoms also bill the FBI for Internet connections and phone lines connecting the carrier’s wiretap-ready switches with the FBI’s own wiretap software system, known as the Digital Collection System. Each field office’s computers are connected together with the other offices, and with FBI headquarters, through a secure fiber optic network managed by Sprint. In some cases, FBI officials were confused about whether to use confidential case funds or general funds to pay the telecom bills. Sometimes they were so confused that when the telecoms sent refunds, the officials returned the refunds to the carriers. (Singel 1/10/2008) The report faults the agency for poor handling of money used in undercover investigations, which it says makes the agency vulnerable to theft and mishandled invoices. (Reuters 1/10/2008) This is the latest in a string of audits by Fine’s office that has found serious financial and management problems at the bureau. FBI spokesman Richard Kolko says that in every case the outstanding bills were eventually paid and the intercepted information was recovered. “No evidence was lost in these cases,” he says. FBI assistant director John Miller blames an “inadequate” financial management system for the failures to pay telecom bills. Previous reports have noted a persistent failure to account for hundreds of computers and weapons, and a pattern of careless bookkeeping that spans a much wider area than the wiretapping program. The audit itself, a detailed, 87-page document, is too sensitive for public release, says the Justice Department, and only a seven-page summary is released. The American Civil Liberties Union calls on the FBI to release the entire document. ACLU counsel Michael German, himself a former FBI agent, questions the motives of the telecom firms, who in many instances have allowed the government to operate wiretaps on their systems without court warrants. “It sounds as though the telecoms believe it when the FBI says the warrant is in the mail, but not when they say the check is in the mail,” he says. (Eggen 1/11/2008)