This page can be viewed at http://www.historycommons.org/entity.jsp?entity=paul_sciullo_1

Paul Sciullo was a participant or observer in the following events: 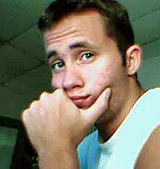 Richard Poplawski. [Source: Pittsburgh Post-Gazette]Pittsburgh resident Richard Poplawski kills three police officers after his mother calls 911 to have him removed from her home. According to a criminal complaint and affidavit, around 7 a.m. Margaret Poplawski and her son begin arguing over a dog urinating in the house; the argument escalates to the point where she calls the police to have him removed. When officers Stephen Mayhle and Paul Sciullo arrive, Mrs. Poplawski asks them inside. Unbeknownst to his mother, Poplawski has donned a bulletproof vest and taken up an AK-47 semi-automatic rifle, a .22 long rifle, and a pistol. From a position behind his mother, he shoots both officers in the head, killing them almost instantly. His mother hears the gunshots and flees to the basement, screaming, “What the hell have you done?” Poplawski shoots Mayhle again to ensure his death, then shoots a third officer, Eric Kelly, when he arrives to provide assistance. Kelly, critically wounded, manages to call for assistance; a fourth officer, Timothy McManaway, is shot in the hand as he arrives on the scene and attempts to help Kelly. Kelly will die at the hospital from multiple wounds to the torso and legs.
Four-Hour Siege - Poplawski retreats to his bedroom and, as police assemble outside the home, fires at the officers. Police return fire, and between them, hundreds of shots are exchanged. During the siege, Poplawski calls a friend, Edward Perkovic, and tells him: “Eddie, I’m going to die today. Tell your family and friends I love them. This is probably the end.” The standoff between Poplawski and police lasts some four hours before officers finally persuade Poplawski to surrender; they enter the house and lead him out in handcuffs. Poplawski suffers at least one bullet wound during the exchange of gunfire. After the standoff, neighbors describe the scene as a “war zone.” Police have been called numerous times to the Poplawski residence to break up fights and disputes between mother and son. Deputy Chief Paul Donaldson will later say of the shootings: “I’d like to understand why. It’s senseless.” (Associated Press 4/5/2009; Robbins and Hamill 4/5/2009; Schmitz and Balingit 4/6/2009; Sherman 4/8/2009) Poplawski is held without bail in the Alleghany County Jail, charged with the murder of three police officers, the shooting of a fourth, and eight counts of assault derived from his shooting at other officers. His grandmother, Catherine Scott, will tell a reporter that she is praying for her grandson, but: “My grandson did a terrible thing. There is no mercy for what he did.” (Associated Press 4/5/2009; Herbert 4/13/2009) Poplawski will later say he planned on forcing the police to kill him, but decided to surrender so he could write a book from inside prison. He will express no remorse for the men he kills. (Sherman 4/8/2009)
White Supremacist, Anti-Semitic, Feared Gun Confiscation - The media will soon learn that Poplawski is a white supremacist who hates Jews and fears his guns will be taken away by the government (see April 4, 2009 and April 4, 2009 and After).