This page can be viewed at http://www.historycommons.org/entity.jsp?entity=peter_ahearn_1

Peter Ahearn was a participant or observer in the following events: 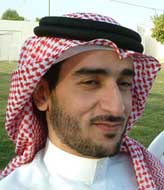 Juma al-Dosari in Saudi Arabia after his release. [Source: Nancy Durham / CBC]The Defense Department releases 16 Saudis being held in Guantanamo prison and returns them to Saudi Arabia. One of them is Juma al-Dosari, a dual Bahraini/Saudi citizen, and apparently a long-time al-Qaeda operative. (Bew 7/17/2007)
Extensive Al-Qaeda Links - Al-Dosari was known as “the closer” for recruiting new al-Qaeda operatives, and he recruited the “Lackawanna Six” in New York State while he lived in the US from 1999 to 2001. According to his 2006 Guantanamo Administrative Review Board evidence review, there is a long list of evidence tying him to al-Qaeda since he was 16-years old in 1989, just one year after al-Qaeda was founded. He fought with militants in Bosnia, Chechnya, and Tajikistan. He was arrested in Kuwait and then again in Saudi Arabia for suspected involvement in the 1996 Khobar Towers bombings (see June 25, 1996), but released without charge both times. An unnamed source claims he was involved in the 2000 USS Cole bombing (see October 12, 2000). He was arrested during the battle of Tora Bora, Afghanistan, in late 2001, and then sent to Guantanamo. US intelligence intercepted communications between him and Osama bin Laden’s son Saad bin Laden, and also him and al-Qaeda leader Khallad bin Attash (see November 2001-May 2002). (PBS Frontline 10/16/2003; PBS Frontline 10/16/2003; US Department of Defense 9/13/2006

)
Release Unnoticed, Unexplained - Al-Dosari’s 2007 release goes almost entirely unnoticed by the US media, despite previous articles and books discussing his recruitment of the “Lackawanna Six.” In June 2008, retired FBI agent Peter Ahearn will comment to the Buffalo News that he is baffled that the US government never criminally prosecuted al-Dosari, and then released him. “We felt strongly that we could try him in Buffalo on criminal charges, but the Justice Department declined.” Ahearn is upset that al-Dosari “is walking around as a free man in Saudi Arabia.” (Herbeck 6/22/2008)
"Rehabilitated" in Saudi Arabia - Upon arriving in Saudi Arabia, al-Dosari is admitted into a “soft approach” government rehabilitation program designed to prevent militants from relapsing back into violent extremism (see 2007 and After). He is given a car, psychological therapy, a monthly allowance, help to find a job, and help to get married. He had attempted to commit suicide over a dozen times while in Guantanamo. In 2008, it will be reported that he is doing well in Saudi Arabia, with a new wife and a new job. He now says Osama bin Laden “used my religion and destroyed its reputation.” (Fleishman 12/21/2007; Toumi 2/22/2008)