This page can be viewed at http://www.historycommons.org/entity.jsp?entity=ronald_bucca

Ronald Bucca was a participant or observer in the following events: 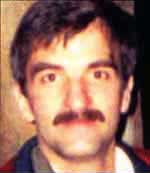 Ronald Bucca. [Source: Public domain]Two firefighters climbing up the South Tower, Orio Palmer and Ronald Bucca, have reached its 78th floor, the lower end of the impact zone where Flight 175 hit. (Dwyer and Fessenden 8/4/2002) They are just two floors below the level where, minutes later, its collapse initiates. (Federal Emergency Management Agency 5/1/2002, pp. 2-34) Over radio, Palmer tells firefighter Joseph Leavey, “We’ve got two isolated pockets of fire. We should be able to knock it down with two lines.” (Dwyer and Flynn 2005, pp. 206) The fact that they reached so high up the tower only comes to light almost a year later, when a tape of radio communications from 9/11 is made public (see August 4, 2002). The New York Times will report “[N]owhere on the tape is there any indication that firefighters had the slightest indication that the tower had become unstable or that it could fall.” (Dwyer and Flynn 11/9/2002) Palmer’s communication appears to contradict claims that “extreme fires” contributed to the tower’s collapse. (Barter 9/13/2001; Lipton 10/20/2004) Ronald Bucca, a Special Forces veteran, had actually conducted his own private research into Islamic militancy following the 1993 WTC bombing. He’d even taken time, in 1996, to attend the beginning of the trial of Ramzi Yousef, a mastermind of the bombing (see September 5, 1996). (Lance 2003, pp. 180-183, 333-334)