This page can be viewed at http://www.historycommons.org/entity.jsp?entity=steven_levitt_1

Steven Levitt was a participant or observer in the following events: 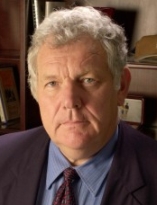 William Bennett. [Source: Ashbrook Center, Ashland University]William Bennett, the conservative radio host, Fox News contributor, and former secretary of education under Ronald Reagan, tells his listeners that one way to drop the US crime rate would be to “abort every black baby in this country.” Bennett, who reaches a weekly audience of some 1.25 million, is apparently going off a claim in the economic treatise Freakonomics by Steven Levitt and Stephen Dubner, who argued that legalized abortion has lowered crime rates, since many aborted fetuses, growing up in poor homes and in single-parent or teenaged-parent homes, would have been more likely to commit crimes. Levitt and Dubner made no race-based claims. A caller to Bennett’s show says the national media “talk[s] a lot about the loss of revenue, or the inability of the government to fund Social Security, and I was curious, and I’ve read articles in recent months here, that the abortions that have happened since Roe v. Wade (see January 22, 1973), the lost revenue from the people who have been aborted in the last 30-something years, could fund Social Security as we know it today. And the media just doesn’t—never touches this at all.” After some back-and-forth about assumptions over how many of those aborted fetuses would have grown up to be productive citizens, speculations about costs, and Bennett’s citation of the Freakonomics claim, he says: “I do know that it’s true that if you wanted to reduce crime, you could—if that were your sole purpose, you could abort every black baby in this country, and your crime rate would go down. That would be an impossible, ridiculous, and morally reprehensible thing to do, but your crime rate would go down. So these far-out, these far-reaching, extensive extrapolations are, I think, tricky.” (Media Matters 9/28/2005; CNN 9/30/2005) Bennett will face heavy criticism for his remarks (see September 29-30, 2005), but in his turn will claim that he is the one owed the apology (see September 30 - October 1, 2005).