This page can be viewed at http://www.historycommons.org/entity.jsp?entity=trent_franks_1

Trent Franks was a participant or observer in the following events: 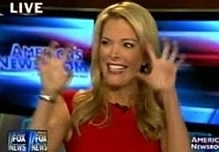 Fox’s Megyn Kelly. [Source: Huffington Post / 236 (.com)]Representative Trent Franks (R-AZ) builds on the false claim that Democrats want to build a “levitating train” from Los Angeles to Las Vegas as a favor to Senate Majority Leader Harry Reid (D-NV—see February 13, 2009 and After). Franks tells a credulous Fox News anchor that the train will not only go to Las Vegas, but to the door of Nevada’s most famous brothel, the Moonlight Bunny Ranch. Fox News anchor Megyn Kelly, repeating Franks’s claim, says: “It’s a super railroad, of sorts—a line that will deliver customers straight from Disney, we kid you not, to the doorstep of the Moonlight Bunny Ranch brothel in Nevada. I say, to the Moonlight Bunny Ranch brothel in Nevada. So should your tax dollars be paying for these kinds of projects?” Franks continues: “The majority leader of the US Senate, Harry Reid, has fought for this publicly and is committed to this project, even in the face of criticism.… If this is something that is truly the priority of the majority leader of the US senate, it’s pretty late in the day, Megyn.” No such earmark exists in either the stimulus package or Congress’s omnibus spending bill; when the Center for American Progress (CAP) asks Franks’s office to prove the claim, his staff refuses, and tells CAP to contact Reid’s office. There is a proposal to refurbish a historical rail line between Gold Hill, Nevada and Carson City, Nevada, a substantially different proposal than the “levitating brothel train” Franks claims is being proposed. (The Moonlight Bunny Ranch is actually in Carson City, which may explain the genesis of Franks’s claim.) Kelly asks Franks how politicians can be held accountable for such actions, and he responds, “Fortunately, people like yourself and Fox News are a tremendous help in that regard because they tell the people—you know, sunlight has a way of being an accountability all by itself” (see October 13, 2009). (Frick 3/2/2009)

Representative Trent Franks (R-AZ) tells citizen reporter Mike Stark that “half of all black children are aborted. Far more black children, far more of the African-American community is being devastated by the policies of today than were being devastated by the policies of slavery.” Stark writes that though he believes Franks has no intention of insulting blacks, and likely does not “see the racism (or paternalism) in what he’s saying… [i]t sounds an awful lot to me like the congressman is suggesting that blacks were better off as slaves.” Women’s Rights blogger Alex DiBranco notes that “black women do have a higher rate of abortion—and a higher rate of unintended pregnancy. Factors that contribute to this include a lack of access to health services, education, and opportunity. If Republicans were really so concerned about the African-American community, which disproportionately suffers from poverty, passing health reform would be a good start.… The concept that a woman’s ability to make choices about her own body is more devastating than slavery is deeply offensive.” (Mike Stark 2/26/2010; DiBranco 2/26/2010)