This page can be viewed at http://www.historycommons.org/entity.jsp?entity=william_lind_1

William Lind was a participant or observer in the following events:

October 1989: US Must Prepare for ‘Fourth-Generation Warfare,’ Analysts Say

In a military journal, William S. Lind, a defense intellectual, and several officers warn that the US must transform its military to fight a new kind of war they call “fourth-generation warfare” or “4GW.” Unlike previous types of warfare relying on massive firepower and centralized command structures, 4GW will resemble terrorism and guerrilla warfare and could emerge from non-Western areas like the Islamic world. They write: “The fourth generation battlefield is likely to include the whole of the enemy’s society. Such dispersion, coupled with what seems likely to be increased importance for actions by very small groups of combatants, will require even the lowest level to operate flexibly on the basis of the commander’s intent. Second is decreasing dependence on centralized logistics. Dispersion, coupled with increased value placed on tempo, will require a high degree of ability to live off the land and the enemy. Third is more emphasis on maneuver. Mass, of men or fire power, will no longer be an overwhelming factor. In fact, mass may become a disadvantage as it will be easy to target. Small, highly maneuverable, agile forces will tend to dominate. Fourth is a goal of collapsing the enemy internally rather than physically destroying him. Targets will include such things as the population’s support for the war and the enemy’s culture. Correct identification of enemy strategic centers of gravity will be highly important. In broad terms, fourth-generation warfare seems likely to be widely dispersed and largely undefined; the distinction between war and peace will be blurred to the vanishing point.… A fourth generation may emerge from non-Western cultural traditions, such as Islamic or Asiatic traditions. The fact that some non-Western areas, such as the Islamic world, are not strong in technology may lead them to develop a fourth generation through ideas rather than technology.” (Lind et al. 10/1989) After 9/11, this article and others developing similar ideas on the need for a smaller, more agile military, will be called remarkably prescient. New York Times columnist Bill Keller will comment: “The fourth-generation threat sounds, when you read this text today, uncannily like al-Qaeda. The authors suggested the threat would emerge from a non-Western culture like Islam, that it might be stateless, that, lacking modern means, its warriors would infiltrate our society and use our own technology against us, that they would regard our whole civilization as a battlefield. Fourth-generation warriors would ‘use a free society’s freedom and openness, its greatest strengths, against it.’” (Perry 9/29/2001; Gould and Spinney 10/9/2001; Vest 12/2001; Keller 3/10/2002) This article and others with a similar orientation will be praised in an article by “Abu ‘Ubeid Al-Qurashi,” reportedly the pseudonym of an Osama bin Laden aide and al-Qaeda theorist. He will say: “In 1989, some American military experts predicted a fundamental change in the future form of warfare.… [F]ourth-generation wars have already occurred and […] the superiority of the theoretically weaker party has already been proven; in many instances, nation-states have been defeated by stateless nations.… The time has come for the Islamic movements facing a general crusader offensive to internalize the rules of fourth-generation warfare.” (MEMRI Special Dispatch 2/10/2002; Wheeler 12/24/2002; Lind 4/7/2003) 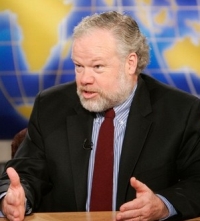